Posted on June 9, 2018 by DannyTHFC | Comments Off on Mauricio Pochettino Claims Top-Four Finish Is A Massive Achievement

Speaking after the moment, Pochettino said: “It was a real quality season for the group to achieve the top four — a massive achievement. For the club it’s a massive thing to move into the new stadium and play in the Champions League. It will be another massive challenge (at the new stadium) — the same as playing at Wembley. (But) this group of players now have the experience to make the new stadium feel like home.” END_OF_DOCUMENT_TOKEN_TO_BE_REPLACED

Posted on May 30, 2018 by DannyTHFC | Comments Off on ESPN Pundit Urges Tottenham Hotspur To Move For Paris Saint-Germain Star

ESPN Pundit Paul Mariner feels Tottenham Hotspur should make an approach to sign Layvin Kurzawa from Paris Saint-Germain at the end of the season. The left-sided player has been touted for an exit from Parc des Princes this summer with Spurs deemed as one of the top sides interested in his signature.

Speaking on ESPN FC, Mariner believes Spurs need to improve the overall depth of their squad, if they are to offer a strong challenge for the Premier League next season. He added to recommend the signing of Kurzawa, who is capable of playing anywhere on the left side of the pitch, he said: “I think what we’ve found with Tottenham is, when we start talking about depth, everybody’s panicking when Harry Kane goes down.

END_OF_DOCUMENT_TOKEN_TO_BE_REPLACED

Posted on May 16, 2018 by DannyTHFC | Comments Off on Mauricio Pochettino Responds To Malcom Speculation

Tottenham Hotspur boss Mauricio Pochettino has denied suggestions that the club are close to securing the services of Bordeaux winger Malcom. A recent report from GloboEsporte suggested that Spurs have jumped ahead of rivals Arsenal in the player’s pursuit and a £44m could be finalised before the end of the month.

However, following Spurs’ 1-1 draw versus Southampton, Pochettino stressed that the club are not keen on the Brazilian footballer, but the club are open to the possibility of recruiting a ‘good quality player’ before the close of winter transfer window.

END_OF_DOCUMENT_TOKEN_TO_BE_REPLACED

Comments Off on Mauricio Pochettino Responds To Malcom Speculation

Posted on May 9, 2018 by DannyTHFC | Comments Off on Mauricio Pochettino Stresses Tottenham Don’t Have Wembley Advantage For FA Cup Semi-Final

Tottenham Hotspur manager Mauricio Pochettino does not believes his side will have a huge advantage in the FA Cup semi-final despite the Wembley Stadium due to host the game. Spurs have played all of their home matches at the national stadium as they fast-track the completion of their new home ground which is expected to be opened for next season.

Spurs had their Wembley hoodoos during the start of the campaign as they failed to win three of their opening four matches. However, they have since managed to sort out their woes with their just one defeat against West Ham United since October. As a result, many have deemed favourites for Spurs ahead of their FA Cup semi-final at the Wembley, but Pochettino appears to dismiss the advantage, he said:“How it changes? Now the perception and the feeling. Seven months ago, it was horrendous to play there and now it’s an advantage. We are comfortable and happy to play there. The fans are more comfortable too. That is a very good thing, but I don’t think it will be an advantage to play there.”

END_OF_DOCUMENT_TOKEN_TO_BE_REPLACED

Posted on April 12, 2018 by DannyTHFC | Comments Off on Mauricio Pochettino hails Harry Kane as one of the best strikers in the world

Tottenham Hotspur manager Mauricio Pochettino has reiterated that Harry Kane is one of the world’s best strikers after he found the scoresheet in the north London derby win over Arsenal last weekend. The England international had multiple chances to score versus the Gunners, but ultimately had to settle for a solitary goal which was sufficient to help Spurs to three points.


Speaking after the game, Pochettino was full of praise for the 24-year-old, who he regards as the present and future of Spurs. He said: “In the last three years I am repeating that he is one of the best strikers in the world. Sometimes you believe that it’s because he’s my player and I try to praise him. But I’m telling you and I tell you again, from my experience in football, he’s one of the best. And he deserves that. He is the present and the future. It is amazing what he is achieving. We are so proud that he is in our side.”
END_OF_DOCUMENT_TOKEN_TO_BE_REPLACED

Posted on February 12, 2018 by DannyTHFC | Comments Off on Pochettino Happy to See Dele Alli Return to Form

Tottenham manager Mauricio Pochettino claims that he never doubted in the ability of Dele Alli, as the midfielder has gone from strength to strength so far this season. After making a lot of impression in the 2016-17 campaign, the midfielder has come in with some inconsistent performances this season. Dele Alli, however, helped Tottenham get a victory over Burnley and Southampton. He came up with one goal and four assists in these matches. This has helped him recover from a poor run of form which has plagued him from the start of November.

Manager Pochettino says that he did not have any doubts that Dele Alli will be able to rediscover his form. The 21-year-old was not included for the recent game against Brighton and it was seen as a tough moment for Alli. After having had one of their best campaigns in recent times, Spurs have been struggling to replicate the results from the 2016-17 season. The club are finding it difficult to even make it to the top four places. At the moment, the team sits just outside the top four with the likes of Liverpool and Arsenal looking in better shape. Spurs will have to rediscover form rather quickly, as the team will be facing the likes of Juventus in the Champions League last 16 round next month.
END_OF_DOCUMENT_TOKEN_TO_BE_REPLACED

However, their likely is likely to be stiffer on Tuesday as they take on back-to-back Champions League winners Real Madrid on the road. Despite the odds stacked against them, Pochettino has insisted that Spurs will stick to their attacking approach in the search for a potential upset.
END_OF_DOCUMENT_TOKEN_TO_BE_REPLACED

Spurs jumped into a 3-0 lead prior to the hour mark, but the Hammers came back with two goals on either side of Serge Aurier’s sending off.

Speaking after the game, Pochettino had special praise for Kane, who bagged an impressive brace in the London derby. The Englishman could have easily bagged a hat-trick on the night, but he hit the woodwork twice during the course of the game. Pochettino said: “I find it hard to find the words to describe him. I am in love like the fans are in love, like his team-mates are in love. He is so humble, he keeps all the values that managers like me appreciate a lot.

Meanwhile, the manager also refused to blame Aurier for his sending off which was reckless, nonetheless, as it allowed the Hammers a way back into the game, he added: “I think the first yellow wasn’t yellow. Then, of course, we are disappointed because he got the second, but that is football. When I was a player I made a lot of mistakes. But I am happy with him – he’s only been working with us for 20 days so I am happy. END_OF_DOCUMENT_TOKEN_TO_BE_REPLACED

Toby Alderweired insists he is happy at Tottenham Hotspur

Posted on October 22, 2017 by DannyTHFC | Comments Off on Toby Alderweired insists he is happy at Tottenham Hotspur

Belgium international Toby Alderweireld has insisted that he is content at Tottenham Hotspur despite their reluctance to offer him an improved contract. 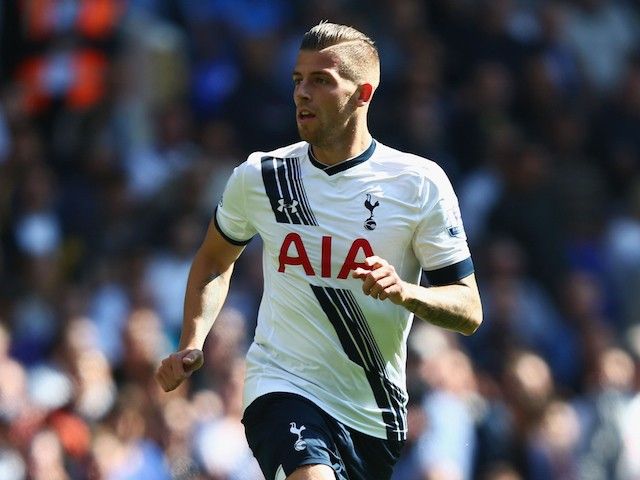 The versatile defender was thought to be unhappy about the matter after his representative recently urged Spurs to show their trust towards one of their key first-team players.

Mauricio Pochettino has since suggested that all is well between him and Alderweireld after having held a positive meeting with the former Atletico Madrid man. Speaking to Sky Sports, the Belgian shared the same opinion by stating that he is more concerned about his game with the World Cup coming along in nine months’ time.

He said: “I had a good conversation with the manager. I told him I’m focused on football, to keep my game up and help the team. That’s all I can do. You can see I’m happy there, and I try to help the team, and that’s the way I always play football. Asked if he’d been offered a new deal yet, Alderweireld replied: “No, like I said, I am focused on football. The rest, I don’t know, we will see about that.” END_OF_DOCUMENT_TOKEN_TO_BE_REPLACED

Divock Origi could make a surprise move to Tottenham Hotspur

Posted on September 23, 2017 by DannyTHFC | Comments Off on Divock Origi could make a surprise move to Tottenham Hotspur

Liverpool outcast Divock Origi could make a switch to Tottenham Hotspur before Thursday’s transfer deadline, the player’s father has revealed. 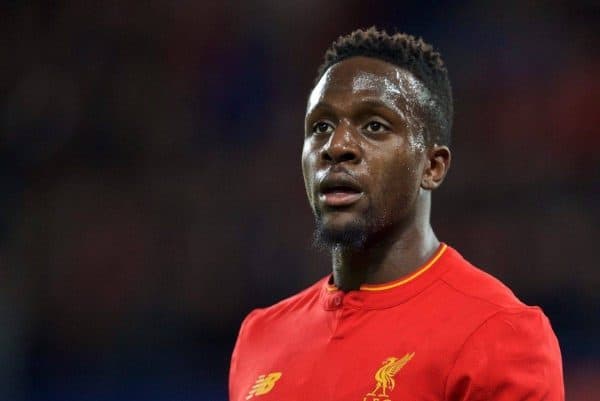 The Belgium international has yet to start a league game for the Reds this season with his sole appearance being a nine-minute cameo in the 3-3 against Watford on the opening day.

Earlier last week, Klopp highlighted that Origi could be allowed to pursue a move away from Anfield as he can no longer guarantee him a starting berth ahead of the likes of Roberto Firmino, Daniel Sturridge and summer signing Dominic Solanke.

Mauricio Pochettino’s side had approached for the 22-year-old back in the summer of 2014, but the Reds pipped them to his services following an impressive outing at the 2014 World Cup. Origi has since played second fiddle to Firmino, in particular, and his national prospects look bleak ahead of next year’s World Cup in Russia.

“Divock has to leave Liverpool to get more playing time. Tottenham is a possibility, but there is also interest from France and Germany,” Origi’s father Mike told DH.be.  END_OF_DOCUMENT_TOKEN_TO_BE_REPLACED