Posted on May 27, 2019 by DannyTHFC | Comments Off on Pochettino provides worrying injury update on Jan Vertonghen

Tottenham manager Mauricio Pochettino has acknowledged that Spurs may have to do without Jan Vertonghen during next month’s Champions League final against Liverpool. The north London side made it to the final showpiece after a dramatic turnaround against Ajax in the semi-final stage but it appears that they won’t be able to bank on the services of Vertonghen.

Speaking in a press conference, Pochettino said that the Belgian is very down at the moment, concerning he could miss the final after picking up an ankle injury in Amsterdam. He added that there are plenty of other individuals for the same position and it would require a team effort to secure the Champions League title.
END_OF_DOCUMENT_TOKEN_TO_BE_REPLACED

Pochettino heaps praise on Lucas Moura after hat-trick against Huddersfield

Posted on April 27, 2019 by DannyTHFC | Comments Off on Pochettino heaps praise on Lucas Moura after hat-trick against Huddersfield

Tottenham Hotspur manager Mauricio Pochettino has heaped praise on Lucas Moura following his maiden hat-trick for the club. The Brazil international has been a squad player for most of the season but he has nonetheless impressed with 12 goals including a maiden hat-trick in the 4-0 mauling of Huddersfield Town.

Speaking after the game, Pochettino acknowledged that he needed to make changes with respect to the Champions League meeting against Manchester City. He added to appreciate the performance of Moura, who not only secured his maiden hat-trick with the club, but also the first at the club’s new Tottenham Hotspur stadium.
END_OF_DOCUMENT_TOKEN_TO_BE_REPLACED

Pochettino suggests Harry Kane could miss for the season finale

Posted on April 17, 2019 by DannyTHFC | Comments Off on Pochettino suggests Harry Kane could miss for the season finale

Tottenham Hotspur manager Mauricio Pochettino has said that Harry Kane could potentially miss the remainder of the season after picking up a fresh ankle injury during the first leg of the Champions League quarter-final tie against Manchester City. The England international recently spent a 40-day period on the sidelines with ankle ligament damage and Pochettino has suggested that he may have suffered a recurrence of the same.

Speaking to BT Sport, Pochettino said that he is definitely worried about the present injury for the striker, given it may potentially end his involvement for the campaign, he said: “I am worried he will miss the rest of the season. We hope it’s not a big issue and he can recover as soon as possible but it doesn’t look good. If you see the action, it shows he twisted his ankle and maybe damaged the ligaments again. We will check in the next few days. It is so painful but what can we do?”
END_OF_DOCUMENT_TOKEN_TO_BE_REPLACED

Posted on March 15, 2019 by DannyTHFC | Comments Off on Mauricio Pochettino says Tottenham Hotspur’s arrogance cost them against Southampton 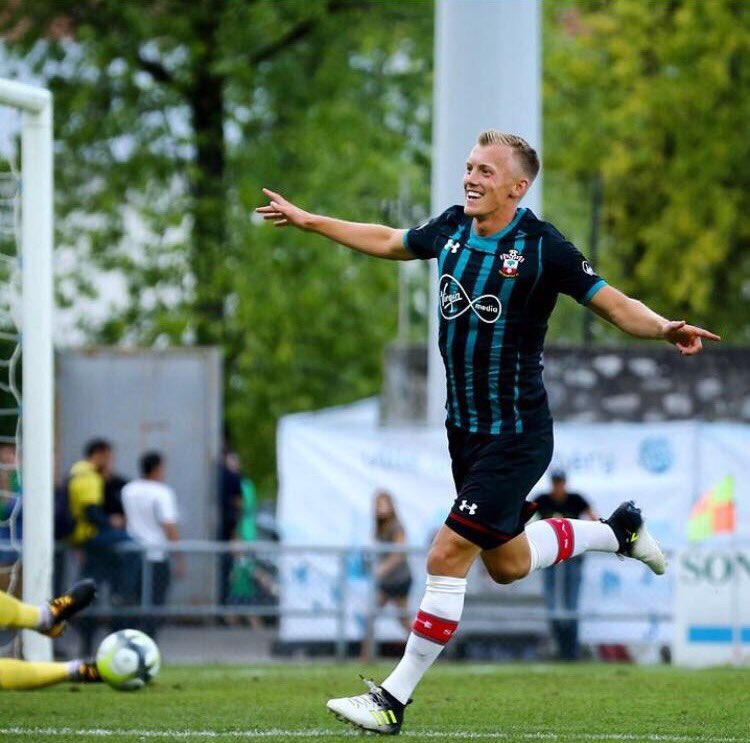 Thereafter, Spurs were expected to make a late push for the winner but it was the Saints, who came up triumphs after another stunning free-kick from James Ward-Prowse. Speaking after the game, Pochettino admitted that his side are still far off from competing for silverware unlike perceived in the media over the past few seasons.
END_OF_DOCUMENT_TOKEN_TO_BE_REPLACED 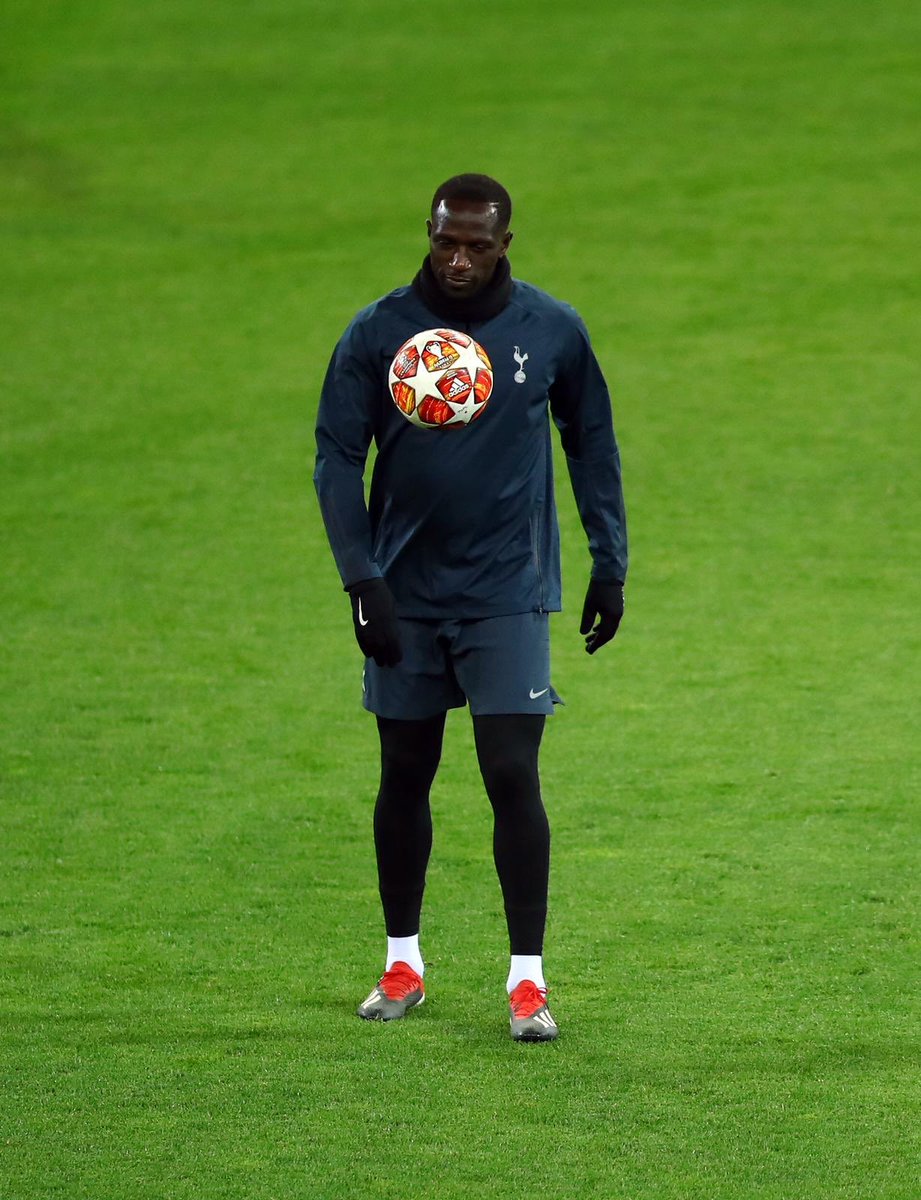 However, he has managed to change his fortunes during the ongoing campaign with a number of standout displays from midfield and speaking to TalkSPORT, he has revealed the satisfaction on doing so after an unfruitful beginning to his Spurs career, he said: “I’m very proud and I will try to keep [improving]. Since I came [to Tottenham] everything hasn’t been easy for me, for different reasons – I don’t want to speak about it – but the most important thing for me was to keep focussed, stay strong in my head, and keep working. I knew I had the quality to be successful here, I had to keep working and never give up and I would have the chance to be a success.”
END_OF_DOCUMENT_TOKEN_TO_BE_REPLACED

Posted on February 23, 2019 by DannyTHFC | Comments Off on Ian Wright surprised Heung-min Son has not been lured from Tottenham Hotspur 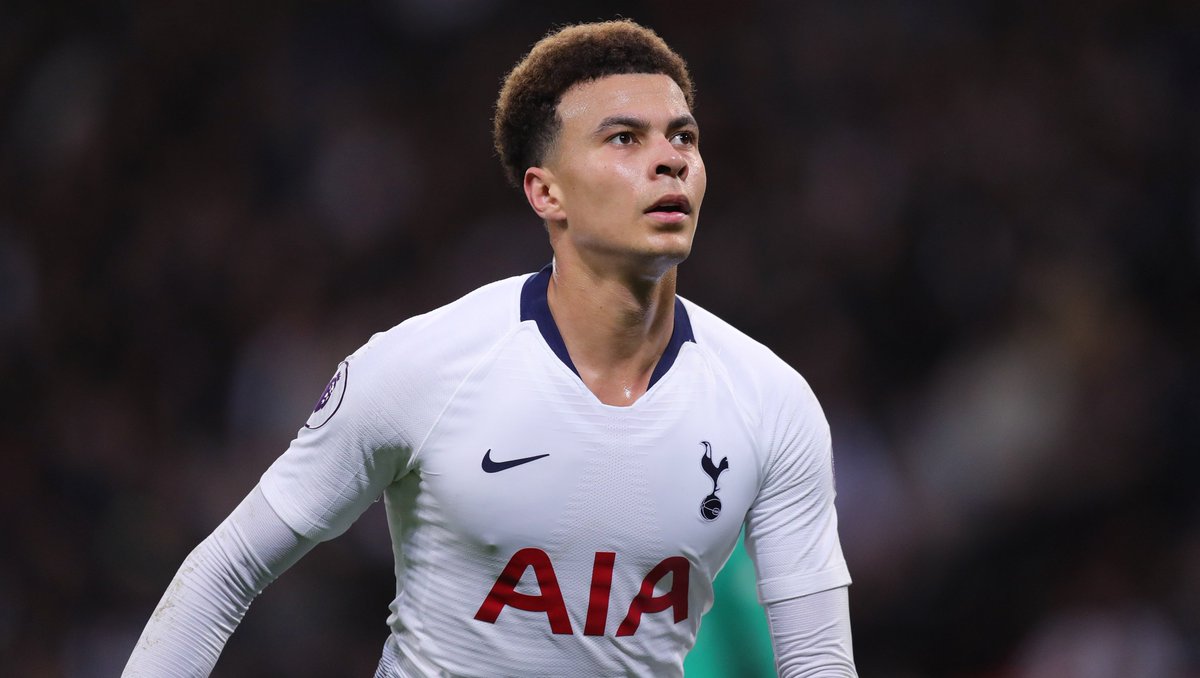 Speaking on BBC 5 Live Sport, Wright said that he would have loved the likes of Harry Kane and Dele Alli to feature alongside Son against Borussia Dortmund, though that won’t be the case. He added that the Asian superstar should be worth at least £70million on current form and he is surprised that none of the elite European clubs have made an approach for him.
END_OF_DOCUMENT_TOKEN_TO_BE_REPLACED

Gary Neville does not fancy title challenge from Tottenham Hotspur

Posted on January 21, 2019 by DannyTHFC | Comments Off on Gary Neville does not fancy title challenge from Tottenham Hotspur

Manchester United legend-turned-pundit Gary Neville believes Tottenham Hotspur are unlikely to compete with Liverpool and Manchester City for the Premier League title despite impressing during the first half of the season. The north London side went through a tough summer where they failed to secure a single signing but that has not hampered their performances on the field with just six points separating them from the top position.

Despite this, Neville does not feel that Spurs have the credentials to challenge Liverpool and City for the English crown, given they don’t have the necessary depth within the squad unlike their counterparts, he said: “No, I don’t think so. That’s not being disrespectful to Tottenham, I don’t think they’ve got the depth and the quality of these two squads. They are a fantastic team, but they’re not at the level we’ve seen from these two tonight.”
END_OF_DOCUMENT_TOKEN_TO_BE_REPLACED

Posted on January 3, 2019 by DannyTHFC | Comments Off on Jan Vertonghen drops contract update with Tottenham Hotspur 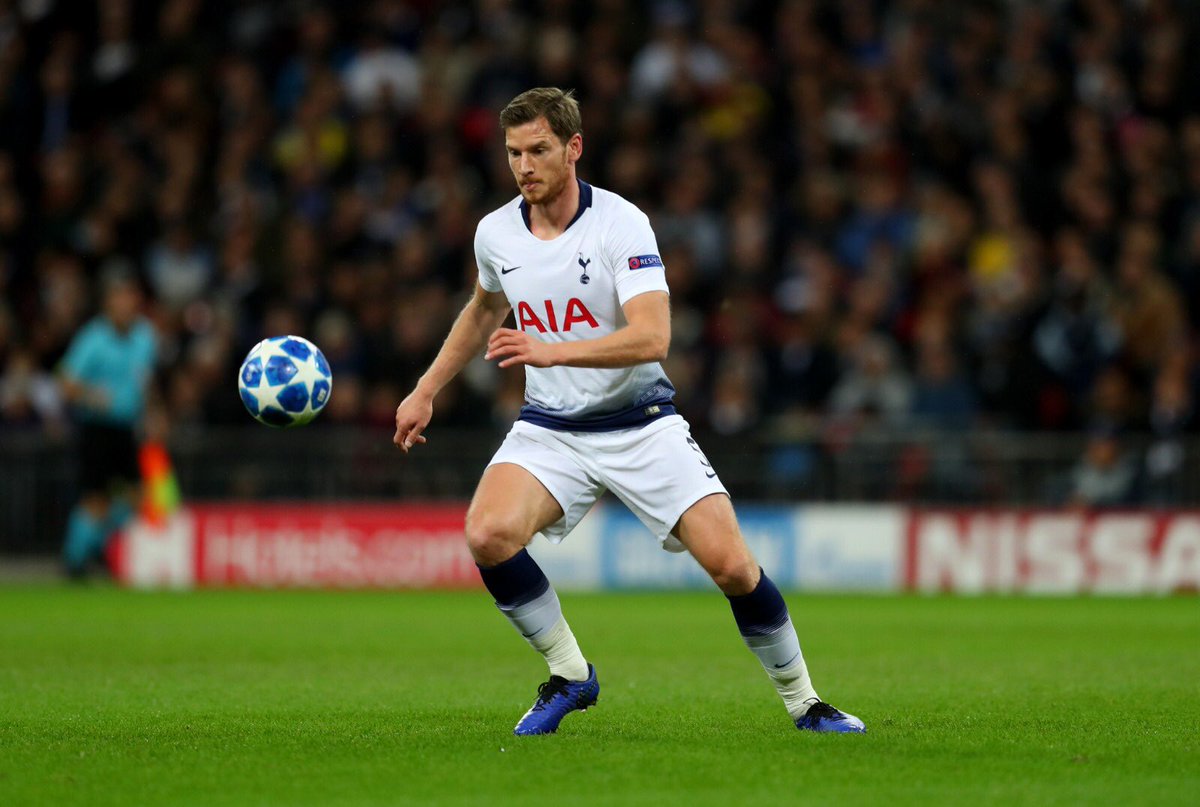 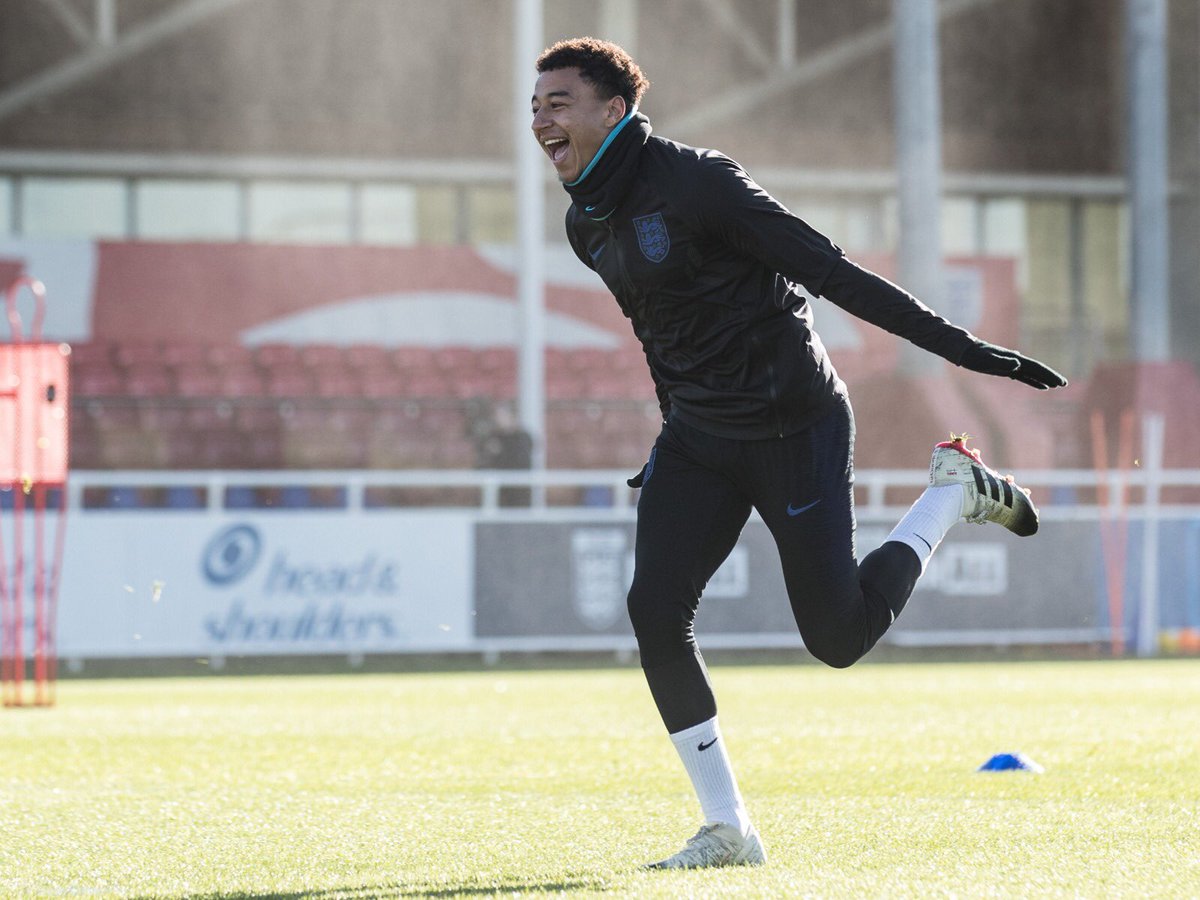 However, Kane spearheaded the revival by contributing towards Jesse Lingard’s leveller before scoring bagging the match-winning four minutes from the end of normal time. Speaking after the game, Southgate hailed Kane as the world’s best goalscorer whilst highlighting that he remains essential to the makeup of the team irrespective of the recent seven-match goal drought which ended.
END_OF_DOCUMENT_TOKEN_TO_BE_REPLACED 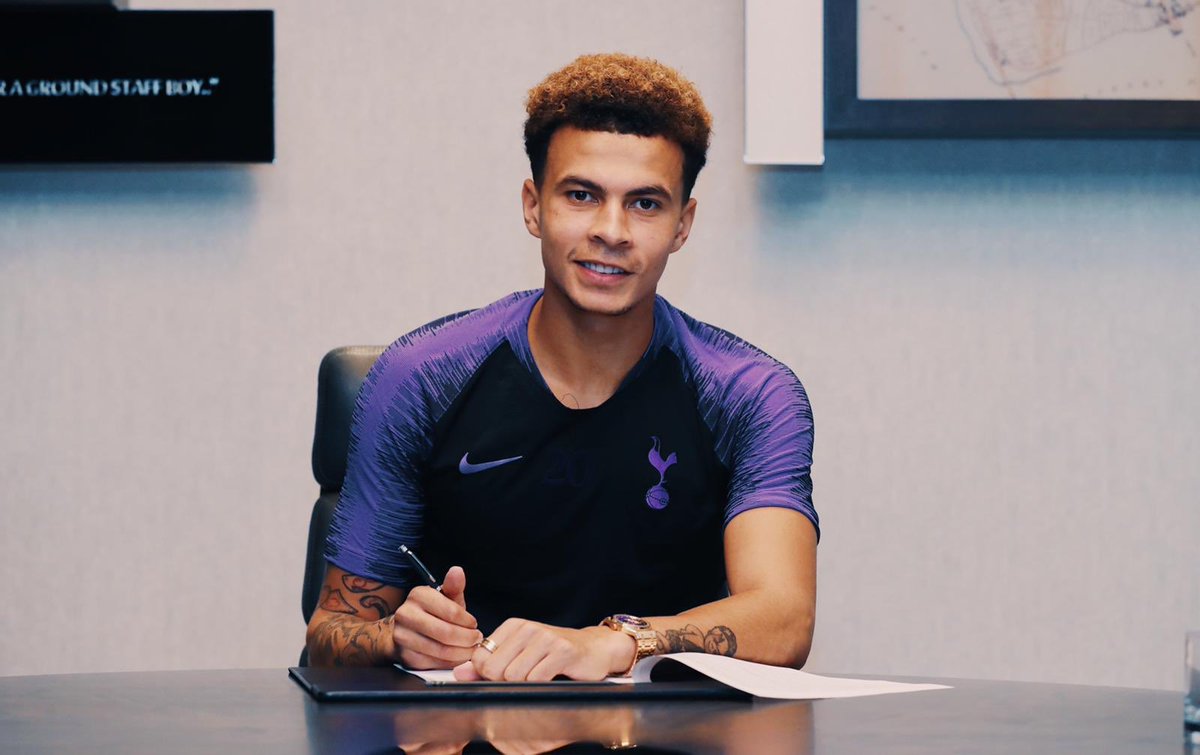 Shortly after signing the contract, Alli posted an Instagram post which read: “Delighted to have signed a new contract until 2024. I would like to say a big thank you to everyone at the club – chairman, manager, all my team-mates and the fans for their constant support. I’ve loved my time at Spurs so far and I’m very excited to see what the future holds!”
END_OF_DOCUMENT_TOKEN_TO_BE_REPLACED