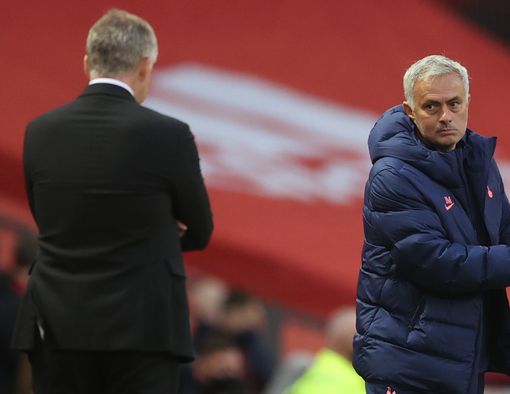 Manchester United fans might start to believe in an unlikely league title win if their team can beat Tottenham Hotspur on Sunday after leaders Manchester City were stunned by Leeds United at home in the first game of Saturday in the Premier League.

Manchester City began the weekend with a 14-point lead over Manchester United and that point deficit can be trimmed down now after the Citizens were on the end of a 2-1 defeat at the hands of 10-man Leeds United. City were favourites to pick the three points on offer at home to Leeds United and they were even given a helping hand with the red card to opposition captain Liam Cooper but they were unable to take advantage.

The shock defeat to Leeds United has opened a massive opportunity for United to win later this weekend and move within 11 points of City having played a game less. They have to beat Tottenham Hotspur away from home if they still harbour hopes of winning the league title this season. They have to avenge the 6-1 defeat suffered in the reverse fixture against Tottenham Hotspur to get their title challenge back on track.

City were ruthless against Leeds United possession-wise but they were not able to convert it into great chances. Leeds United went on to take the lead on 42 minutes through Stuart Dallas before the aforementioned Cooper was sent off few minutes later for a dangerous lunge on City striker Gabriel Jesus.

Leeds United had their back against the walls on several occasions but they were able to repel the Citizens until 14 minutes from time when Bernardo Silva teed up Ferran Torres for the City equaliser. One would have though the home team would go on and win the game but Leeds United had other ideas. In added time, Dallas popped up to score the winning goal off the throughball from Calvin Philips.

With the win, Leeds United are up to ninth place, while Manchester City still need 11 more points from their remaining six league games to win the league title.