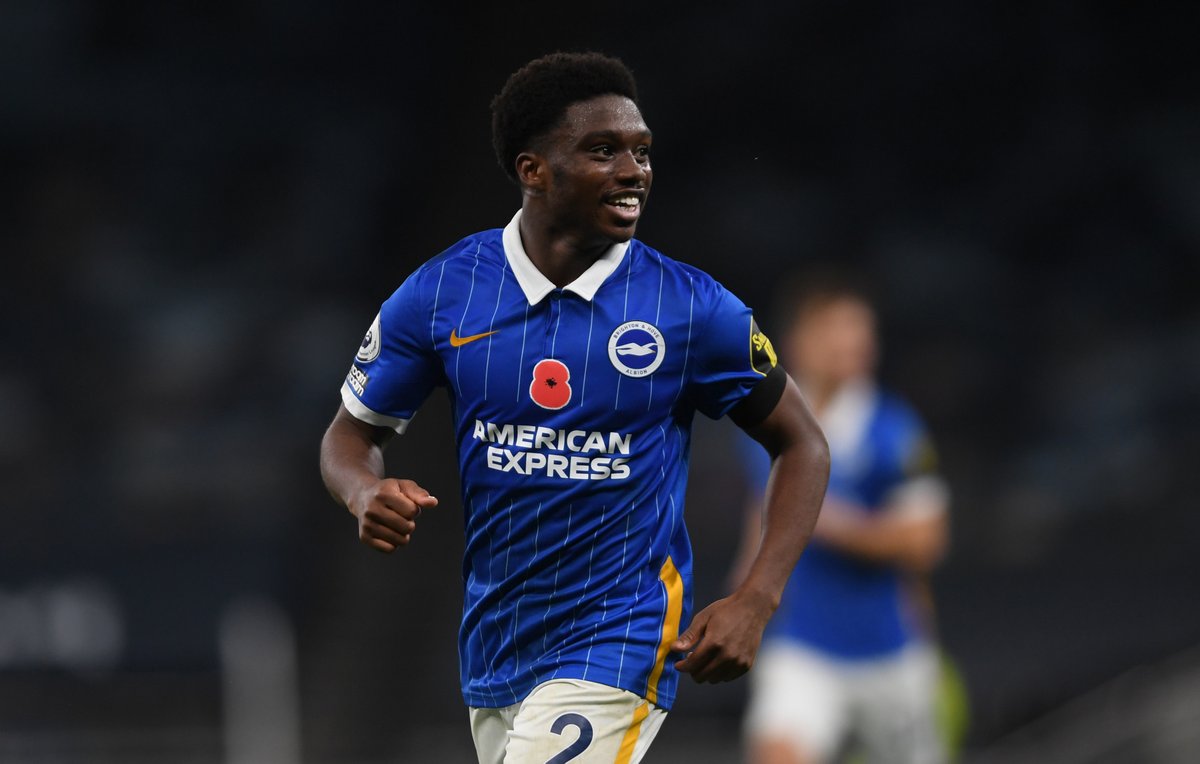 English Premier League side Tottenham Hotspur have continued their hunt for a defensive recruit and have also continued to target Brighton and Hove Albion right-back Tariq Lamptey. After already securing the signing of Paulo Fonseca as their new manager, the London club have now started working with the list of players they are interested in signing and are now strongly interested in adding Lamptey to their squad this summer in order to fulfill their new manager’s request.

Lamptey, an England international, who plays for the country’s Under-21 side, has been attracting interest from a number of clubs both in the Premier League and abroad and is seen as a future star in his position. The defender is also a transfer target of Tottenham’s London rivals Arsenal but Spurs have now emerged as his most likely destination after the Gunners failed to come to terms with Brighton over a possible transfer that would see Lamptey move to the Emirates Stadium.

Both Arsenal and Tottenham need to sign a new right-back this summer, with the former set to lose Spanish defender Hector Bellerin, who wants to find a new club in the summer, while the latter are also set to lose French star Serge Aurier and have been looking for a replacement for the former Paris Saint-Germain man.

Lamptey is seen as a fascinating option for both clubs and while Arsenal have shown interest as well, Tottenham appear to be the club ready to make an offer as it stands. The 23-year-old defender was in excellent form for Brighton last season but unfortunately saw his season come to an end after picking up a hamstring injury in December.

Tottenham owner Daniel Levy is keen to have the deal wrapped up as soon as possible so the club can focus on other targets.